Writing ECQs with the CCAR 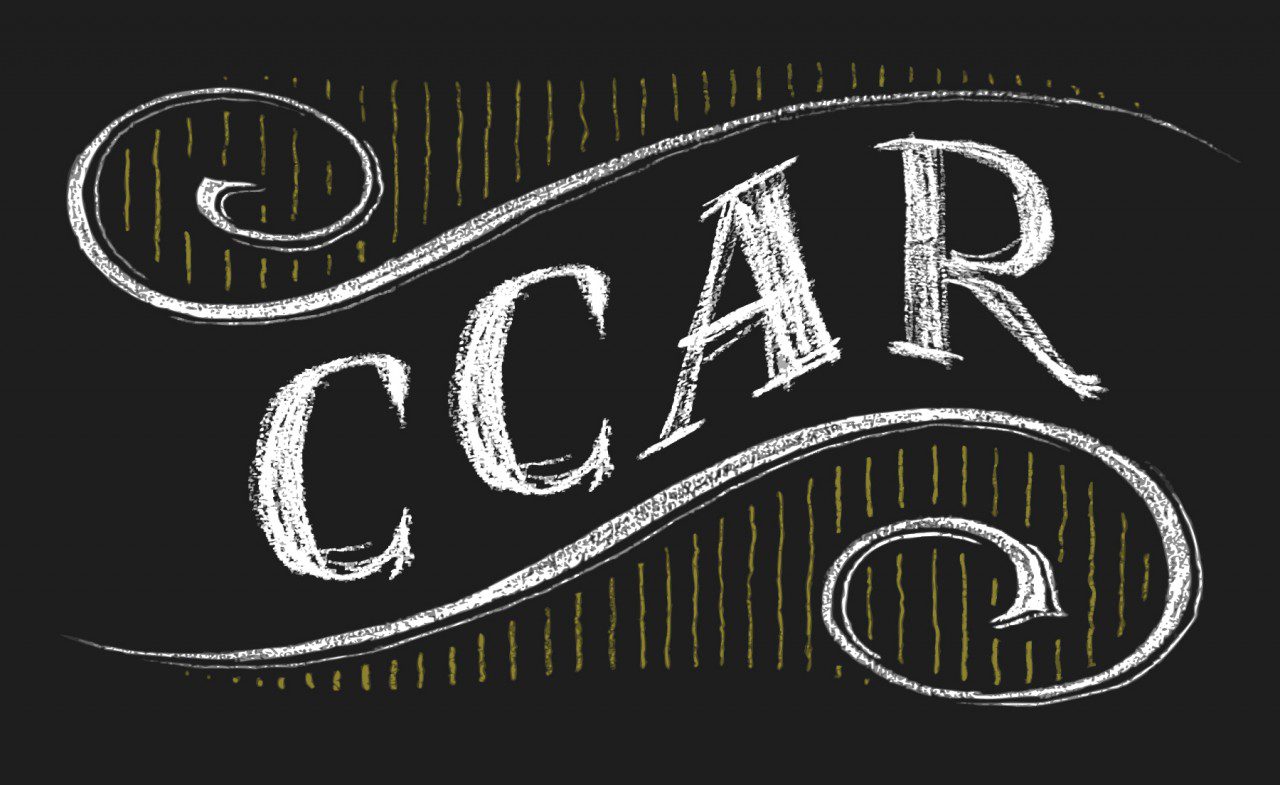 The key to a well-written qualifications statement is to give readers – executive resources staff, rating and selecting officials, and Qualifications Review Board (QRB) members – specific information about your achievements. Be sure to include professional and volunteer experience, education, training, and awards that demonstrate your skills in a particular Executive Core Qualification (ECQ). A well-prepared ECQ statement reflects the ECQ-specific competencies (e.g., “Leading Change” reflects creativity and innovation, external awareness, etc.). Because the fundamental competencies are cross-cutting, they should be addressed over the complete ECQ narrative. It is not necessary to address them directly as long as the narrative, in its totality, shows mastery of these fundamental competencies overall.

The Opening Brief Summary of your Executive Experience – 1/2 to 1 page!

Begin your ECQ statement with a brief summary of your executive experience. Then use the following approach to describe your accomplishments.

An ECQ statement may include one or more examples of relevant experience. The number of examples is not as important as assuring that your experience matches the ECQ criteria. Keep in mind that the QRB is looking for specific challenges, actions and results.

The following examples illustrate good qualifications statements for Senior Executive Service candidates being certified under Criterion A, demonstrated executive experience. They include examples of private sector and volunteer work in addition to State and Federal Government experience.

The examples feature the Challenge-Context-Action-Result (CCAR) model. One of these four words appears after select sentences in the examples to show how the model works. Candidates should keep the CCAR model in mind as they write their qualifications statements but they should not annotate these statements with “Challenge,” “Context,” “Action,” or “Result.”

These examples, from actual Qualifications Review Board cases, have been modified to protect the privacy of the SES candidates.

Unlike traditional career paths, where one position leads naturally to the other, I have followed a course in which a combination of factors has led me to envision and launch novel and non-traditional enterprises. The most important illustration of this core competency is my work as a pioneer in the field of technology transfer.

Technology transfer – the successful commercialization of inventions and innovations that arise from the not-for-profit sector – was virtually unknown 15 years ago. Indeed, the notion of promoting collaborations between scientists in Federal laboratories or academia and their industrial counterparts was an anathema. Common wisdom dictated that technology transfer was doomed to fail, even if legislation was enacted to encourage such interaction. (Context) A handful saw it differently. I was among them.

I shared this vision with the top administrators of two research campuses. I met weekly with these officials and successfully argued that a Center for Technology and Development (CTD) should be created and given responsibility for all patenting and licensing activities. (Challenge) My vision for the CTD, including its mission, policies, and administrative structure, was adopted on both campuses. I proposed, lobbied for, and succeeded in including the phrase “transfer of knowledge and technology” as part of the new mission statement for the campuses, making technology transfer a sanctioned university activity. (Action)

My ability to communicate my expectations of the CTD as an economic engine for the State allowed me to garner the support of the local business community. (Context) The community rallied and provided the CTD with counsel on legal, technical, market, and economic development issues pro bono. Their backing was key in obtaining support from the State Legislature. Within 6 months, I had established the CTD as an important member of the technology transfer community and assembled strong networks with national and international biotechnology and pharmaceutical companies, venture firms, investors, and service providers. These networks have proven vital to this day. (Result)

Later in my career, I moved from the academic world to the Federal Government as head of the Office of Technology (OT). This office was created to implement the requirements of the Federal Technology Transfer Act. The OT is charged with the successful and appropriate commercialization of technology developed in Federal Laboratories. (Challenge) With an annual operating budget of $5 million, patent prosecution expenditures of over $7.5 million and a royalty revenue stream of $30 million, the OT is, arguably, the largest and most influential not-for-profit technology transfer operation in the world.

When I was recruited to head the Office of Technology (OT), it was fighting for survival, plagued with tremendous unrest as to the direction and future of technology transfer. There was widespread discontent with the performance of the OT, giving rise to numerous investigations and the need to address 75 Corrective Actions. The OT was viewed with suspicion and concern by insiders and outsiders. It was clear something had to change. (Context)

In my first staff meeting, I set forth my vision for the OT. I embarked on a process of evaluation and strategic planning for every unit, gathering advice from staff at all levels within the organization. Working together, we wrote a new mission statement, established policies and procedures, reorganized the Office, appointed key personnel, reassigned some staff members, and opened an important dialogue with our customers to assess their needs and requirements. (Action)

Under my leadership the OT’s performance has improved dramatically. Productivity has increased by 40 percent and is at an all-time high. In the last fiscal year, we have signed a record number of license agreements, reached a record level of royalty income, patented important new technologies, and systematically reviewed our portfolio to eliminate obsolete cases. From a management perspective, the OT has accomplished a remarkable turnaround. We have attracted and hired competent and energetic staff, and they are working as a cohesive group. The OT has successfully completed all but two of the 75 Corrective Actions. Most pre-existing EEO and personnel grievances have been resolved, and employee morale has improved significantly. In short, the OT is a well-run, proactive and productive organization. (Result)

As Chief, Office of Security, I led the reinvention of my agency’s personnel security process. (Challenge) In the year before my appointment, a high-profile hiring initiative had resulted in about 400 selections. However, at the end of the fiscal year, the agency had not made any appointments because of a backlog in security investigations. By the time the security clearances were processed, the best candidates had found other jobs. (Context) I was asked to serve as Security Chief because I had a reputation as a manager who could achieve results quickly.

The agency’s priorities included strengthening border enforcement and improving immigration services. These priorities had national ramifications because they related to policies backed by the White House and Congress. We requested and received additional resources to hire Border Officers and support staff to implement the immigration strategies. The White House and Congress expected the agency to demonstrate results in border enforcement and naturalization within the fiscal year. (Context) The recruitment, security clearance, and training of staff had to be accomplished expeditiously without sacrificing quality in the security process. Due to the Government shutdown and furloughs in the first quarter, the agency had only 6 months to hire and appoint 4,000 employees. (Context)

At that time, personnel security investigations averaged 8 months. I led a comprehensive review of the process and identified four major systemic problems: severe delays in screening applicants for entry on duty; less than state-of-the-art software; lack of resources in field security offices; and no written guidance on procedures for security clearance decisions. (Action) All aspects of the process had to be revamped.

To address the system delays, I delegated entry on duty and suitability adjudication authority to the Field Officers, and provided adjudication training to ensure that employment decisions would be consistent throughout the agency. (Action) I worked with the Office of Personnel Management (OPM) to automate case files transmissions, which eliminated an average of 3 months from the process. (Action) Further, the new agreement with OPM gave us on-line access to investigative information as it was reported, and made it possible to grant waivers to permit entry on duty in as little as 2 weeks. Automated linkages are now in place in all four of our Field Centers. (Result)

I then negotiated and entered into an agreement with the Director of the U.S. Office of Federal Investigations, which agreed to provide fingerprint results within 8 calendar days of their receipt. (Action) Previously, the process had taken as long as 3 months. In addition, I directed the development, issuance, and implementation of Standard Operations Guidance for entry on duty decisions. (Action) This was the first written guidance to be published in 20 years. None of this would have been possible without my leadership, which earned the full cooperation and support of my staff. (Context) I encouraged them to share my vision of a streamlined personnel security process. All of my employees joined the effort and we formed a truly effective team.

Working together, we implemented new security investigations methods and gained the respect and trust of employees within our agency and throughout the Federal investigations community. (Result)

As a result of my efforts, 4,003 permanent and part-time employees were hired. Processing time for entry on duty security decisions was reduced from 195 to 20 days, on average. This streamlined process made it possible to screen 14,000 prospective candidates for law officer positions nationwide. (Result) I received the agency’s Meritorious Service Award for these achievements.